As the country tackles the spread of COVID-19, Prime Minister Narendra Modi has advocated a push towards making India self-reliant through a series of measures and economic relief packages

With the advent of the Novel Coronavirus pandemic, a new world economic order is emerging and nations are just coming to terms with it. Prime Minister of India Narendra Modi has been quick in this realisation and has accordingly altered existing policies and introduced several muti-sectoral initiatives to further the vision of a thriving economy for India. Reaffirming his belief, in a recent address, he said, “Howsoever big the crisis might be, India is determined to turn it into an opportunity.” He then called upon the nation for its support in this regard by making India “Aatma Nirbhar” or Self Reliant.  PM Modi also announced a relief package of INR 20 Trillion (equivalent to 10 per cent of India’s GDP) that will steer the country onto the path of rapid development and growth, and create a robust local supply chain.

India’s plan for self-reliance is intended to be a two pronged approach. The first step will be the undertaking of interim measures such as liquidity infusion and direct cash transfers to migrant workers and daily-wage earners. The second facet would be long-term reforms in growth-critical sectors that will make them globally competitive and attractive.

According to the Prime Minister’s vision, a self-reliant India will stand on five pillars: ‘economy’, that introduces quantum jump; ‘infrastructure’ intune with the new India, a ‘system’ based on 21st century technology; India’s ‘vibrant demography’; and ‘demand’, which will utilise our requirement and supply chain to full capacity.

PM Modi’s vision of a capable, efficient and self-reliant nation, has quickly been realised and introduced as the Aatmanirbhar Bharat (Self-reliant India) initiative. Some immediate reforms are now being factored into policy making decisions to bolster domestic capabilities and upscale production.

The Aatmanirbhar Bharat Abhiyan (ANBA) is focussed towards building entire value chains for domestic products that will enable local manufacturers to thrive and reduce the need for imports. The Department of Promotion of Industry and Internal Trade has already identified key sectors followed by measures to boost competitiveness, simplify procedures and encourage direct investments.

The ANBA has identified the MSME (Micro, Small and Medium Enterprises) sector, with its significant contributions to the GDP, exports and employment ratio as the core area for economic revival and competence.

As a start, a more inclusive definition has been announced to bring a larger group of small-scale industries under the purview of the beneficial reforms and extend the cover for existing businesses allowing them to grow under the same canopy.

Over 500 million entities will be empowered to restart operations and get back on their feet with momentous reforms for the MSME sector. These include the introduction of collateral free loans (total of INR 3,000 billion), INR 200 Billion in subordinate loans for reviving businesses and a significant infusion of almost INR 500 billion in the sector through several new funds being set up.

With an aim to boost domestic production and expand quality exports, the MEIS (Merchandise Exports from India) scheme is poised to be replaced by the Remission of Duties and Taxes on Exports scheme (RDTEP), to offset infrastructural inefficiencies and costs associated with exporting goods produced in India. The government aims to extend these benefits to entities with a capability of generating employment in the country as well.

The export sector and domestic production will also benefit from the proposed reenvisioning of the existing costs associated with manufacturing. The lowered taxes on exporting goods across borders in addition to the imposition of anti-dumping duties on imports will provide a level playing field to domestic manufacturers. A reform aimed towards increasing production potential locally and to ease the process of exports while simultaneously reducing the dependence on foreign products.

The start-up segment of the Indian space sector has been added as a direct beneficiary for the use of facilities and premier infrastructure of the ISRO (Indian Space Research Organisation), India’s state-run space agency. The move has come as an addition to ISRO’s ‘technology transfer’ initiative that provides new-age tech to private and state-run entities towards the betterment of Indian industry.

The defense industry will also benefit from the freeing-up of the space sector. When it comes to innovative advances towards new-age technology, the pandemic, and the new reforms, will act as a catalyst for development. Moreover, this move will also allow for an opportunity for DSRO (Defence Space Research Organisation), India’s new defence oriented space agency, to become a nodal authority for positive outreach with space start-ups.

The government has also drawn up a new policy for privatisation of Public Sector Enterprise (PSEs) to boost public-private partnerships, which will soon be notified to the concerned sectors.

In a major highlight, the ANBA has also been extended to India’s defence sector. The FDI (foreign direct investment) cap has been raised to 74% from the existing 49%. This will enable domestic manufacturers to source and utilise critical technologies that will help in the much needed modernisation and revamp of the production process.

The OFB (Ordinance Factory Board), a 200-year-old organisation will undergo corporatisation to make manufacturing autonomous, boost efficiency and increase accountability. In this reconstruction, one or multiple corporations will be added into the 41 factories currently falling under the OFB.

Back to basics
Special attention has been paid to the agriculture sector with its position as India’s largest livelihood provider and a significant contributor to the country’s GDP.  In a first, the sector has been considered at par with the industries in India, and the government, under the ANBA has announced a stream of pioneering reforms aimed towards empowering farmers across India.

Millions of farmers will directly benefit from the INR 300 billion additional emergency working capital to stabilise production in these testing times. With a INR 100 billion capital infusion, Mirco Food Enterprises will now be provided technological benefits in clusters (mango in UP, saffron in J&K, bamboo shoots in the Northeast, chilli in Andhra Pradesh etc.) to standardised quality and production as per FASSAI norms. The products will then be marketed to promote an increase in demand.

The list of reforms are also aimed towards utilising the surplus of agricultural commodities with amendments to the Essential Commodities Act, made to ensure adequate supply in times of scarcity. These amendments, by utilising the surplus and by providing a subsidy for the transport to deficient markets will create a secure supply/demand chain and protect the interest of Indian farmers.

PM Modi had very recently quoted Swami Vivekananda and urged Indians to use indigenous products and to promote Indian products in global markets, furthering his idea of ‘Vocal for Local’.

India needs to simultaneously boost authentic exports in order to carve a niche out for itself in the emerging world order. An effort which will not only fast track our journey to become a USD 5 trillion economy, but will also ensure that Indian interests are safeguarded in the years to come.

To boost domestic production, the government has imposed an import ban on radial and pneumatic tyres used in two and four wheelers.

Global tenders of upto INR 2 billion will be restricted to boost production through MSMEs.

The Garib Kalyan Rojgar Yojana (PMGKRY), an INR 50 billion scheme to create jobs for the thousands of migrant workers affected due to the COVID-19 crisis.

An import ban on specific lists of weapons/platforms to be notified on year-wise timelines to boost indigenisation and domestic production.

The imposition of an anti-dumping duty on specific steel products to ensure cheap imports does not disrupt domestic production.

Vinayak Surya Swami is a Delhi-based journalist. He holds a degree in mechanical engineering and has worked as an apprentice Shipbuilder with the Indian Navy. A part-time writer since his teenage years, he switched to journalism to pursue his prurience for writing and travel. 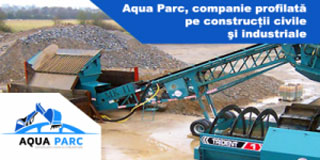 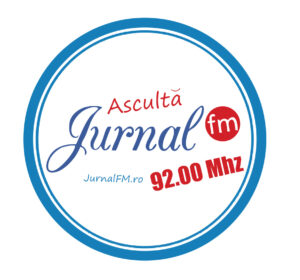 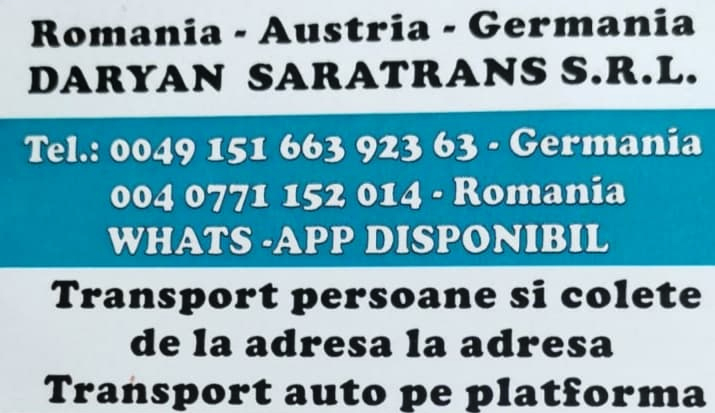 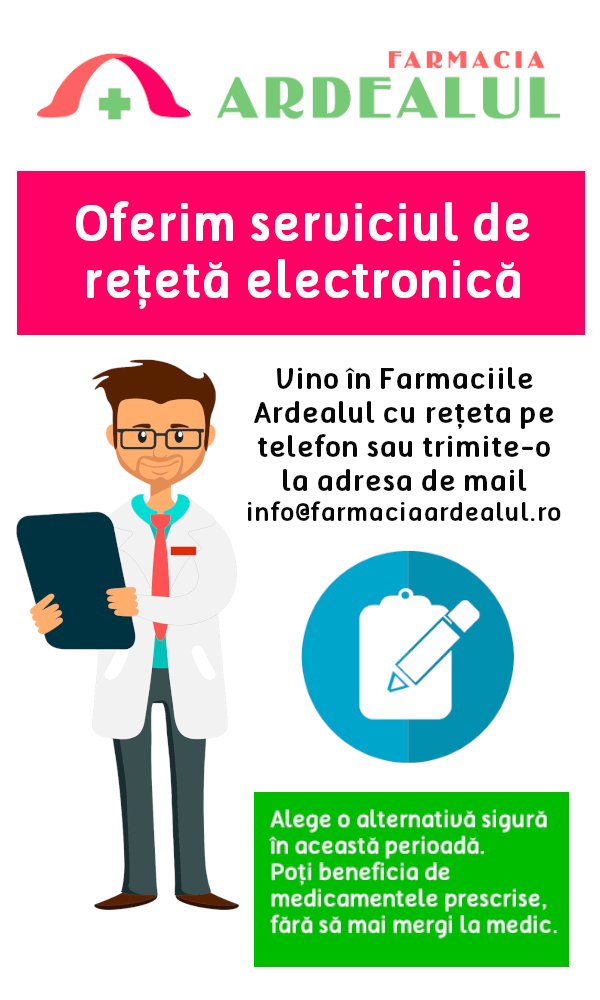 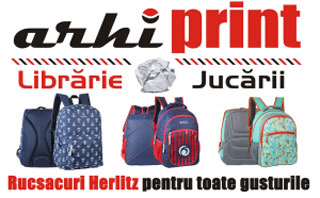 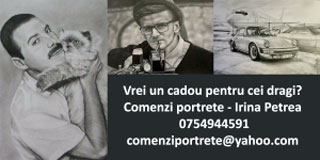